Do You Need a Back Up Gun?

You’ve invested time and training learning to defend yourself. You have your carry permit, a firearm for self defense, and the right holster for it. But you wonder: what if the unthinkable happens and you can’t get to your gun? What if it jams? If you run out of ammunition, will you have time to reload? All of those questions lead to one more: Do you need a backup gun? Not necessarily, said Rob Pincus, owner of I.C.E. Training Company and Executive Director of the Personal Defense Network.

“A backup gun is a concept that comes out of law enforcement,” he said. “A lot of what we talk about in terms of self-defense 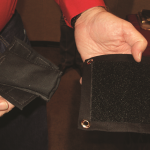 guns comes from law enforcement and, to a lesser extent, military experience. But some of the things that are answers for the military and for law enforcement aren’t the right answer for private individuals.” Just being properly trained to use a primary self-defense gun, Pincus said, is a challenge for most shooters. “For most people, just the idea of having a firearm that is intended for and trained with and staged properly, whether inside the home or carried, for the purposes of defense, is a huge step,” he said. “When people come to my classes, I say ‘Raise your hand if you carry a gun at least 5 days a week.’ Even among those students who come to advanced classes on self-defense shooting, less than half of them raise their hands.” This doesn’t even begin to address the people who carry guns but who aren’t trained, and who don’t train. When a new or inexperienced student comes into his class and starts asking questions about whether they need a backup gun, Pincus said, one of his concerns is that the student has been listening to the wrong person and has picked up some incorrect ideas about two guns being better than one.

“I’m concerned when someone is on the fence about wanting to carry a gun, and she listens to someone she perceives as an expert, or a website, or someone standing in a gun shop who says ‘If you’re only carrying one you might as well not carry a gun’,” Pincus said. “That’s a ridiculous thing to say. And to put that in the mind of someone who isn’t even sure she wants to carry a gun is foolish.”

In that context, Pincus said, a backup gun is totally unnecessary, partly because it’s difficult for someone who doesn’t have significant training and practice to have the time and space to get to the second gun in a crisis situation. “For someone who’s just barely carrying a gun to begin with, carrying a backup gun is outside the range of where they should be focused,” he said. “Having a backup gun is for someone who is already carrying a gun and already practicing, and has put a lot of time, effort and energy into training to transition smoothly into using the backup gun. This is definitely an advanced topic, for more advanced students.” A student who is spending a lot of money on and investing a lot of time in training may be ready to think about a backup gun, but those things alone aren’t enough. The student also has to have the correct mindset and the gear, and already be dressing in a way that allows her to carry a firearm. For those shooters, Pincus said, it may not be that much more work to carry two guns. He stresses, however, that these are not shooters who are new to self defense or who are being encouraged to carry two guns A holster from Deep Conceal will let you hide a backup gun almost anywhere. without having the experience to even carry one properly.

Learning to carry a second self-defense gun means getting a whole new level of training. You need to integrate the use of a backup gun into your regular training routine. “One of the most fundamental questions is, when do you plan to go to the backup gun?” Pincus said. “One of the big sticking points for people is learning to drop the primary gun. There’s no putting it back in the holster or putting it into the weak hand to hold onto it. You don’t set it gently on the ground and then go.” Novice shooters are very reluctant to drop a gun onto the ground.

“The person who is new to self-defense firearms training is going to find dropping the primary gun awkward and odd, but an experienced person who has really thought it through should have no trouble with it,” Pincus said. “The experienced shooter understands that once a gun no longer is useful to her, she needs to just drop it. A big part of the training is training realistically to present the backup gun at the appropriate time. Once you have that plan, then your practice needs to include the appropriate response training. In other words, if you’re not going to reload your primary firearm and you’re going to transition to your backup gun when you run out of ammunition, every time you’re on the range and you run out of ammunition in your primary gun, you need to reach for your secondary gun.” One thing you need to practice, Pincus said, is drawing your secondary gun with your strong hand. 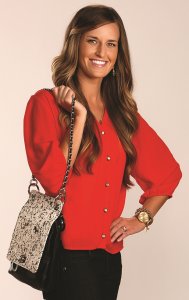 “There’s no point in shooting with your weak hand if your strong hand is available,” he said. “That means either drawing the gun with the weak hand and passing it to the strong hand, or carrying both guns in a place where you can reach them with your strong hand.” Pincus said there are three reasons to consider carrying a backup gun. “You may be concerned that if you’re normally drawing with your strong hand, your strong hand may get injured,” he said. “Or you may be thinking about holding off an attacker or controlling a knife or some other weapon.” Another reason you might want a backup gun is what’s referred to as a “New York reload.” “That’s a phrase for dropping one gun when it’s empty and going to a second gun instead of taking the time, effort and energy to reload the first one,” Pincus said. “Primarily that’s an option you would use with revolvers because they’re so slow to reload. For most people, it’s faster to draw a second revolver than it is to reload the one you have in your hand.” The third, and in many people’s opinion perhaps the best, reason to carry a backup gun, Pincus said, is the possibility of a malfunction that renders your primary firearm inoperable. “Most people are going to respond to a simple malfunction by trying to clear it,” he said. “When someone pulls the trigger on a gun and the gun goes ‘click’ instead of ‘bang,’ the person is going to try to clear that gun. That’s going to take about asecond to a second and a half. Then the brain will respond to the second click. At this point, you’re already three to four seconds past the point of wanting to shoot and you’re still trying to get the gun back into the fight.”

With all of that said, if someone has made a decision to carry a firearm and a backup gun, how should she select a backup gun? “Too often, people think of a backup gun as something really tiny and completely different from the primary gun for some reason,” Pincus said. “That comes from a law enforcement perspective, where an officer is carrying a full-sized gun on the hip in a big holster, openly. Then you need a very small, compact gun hidden in a pocket or under your vest or in an ankle holster; by default, that’s a different type of gun.” By contrast, when you’re an average person who’s already carrying a mid-sized or compact gun hidden on your body somewhere, your backup gun can be the same model or a smaller version of it.

“You might carry a Glock 17 or 19 as your main carry gun, and a Glock 26 as your backup,” Pincus said. “That way you have basically the same gun with exactly the same operation, and you can use the magazines and ammunition interchangeably. Your backup gun feels and shoots exactly the same way that your primary gun does. You’re just carrying it at a different place on your body.” W&G