Jeanelle Westrom Was Born to Run a Gun Store—Her Way 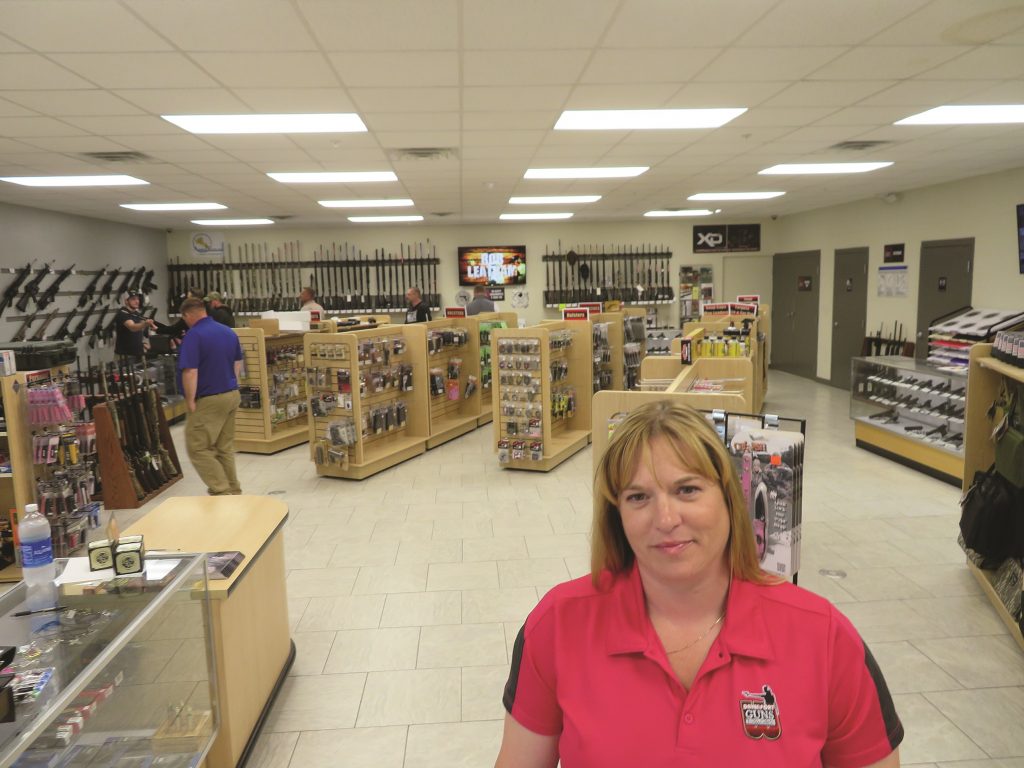 Jeanelle Westrom was born to be a shooter and later to own her own gun store. If her last name makes you say, “Hey, I know that name!” you’d be right.

Westrom, the owner of Davenport Guns in Davenport, IA, is the third generation of her family to be part of the gun industry.

“My grandfather was a gunsmith,” she said. “At 17, my dad used to go to the police department and practice on their indoor range with his pistol, without anyone raising an eyebrow.”

Westrom’s father joined the Army and shot on the Army Marksmanship Unit as a pickup shooter.

“My sister and I were both brass rats,” she said. “We picked up his brass, and when we got big enough we pulled targets for him.”

During her teenage years, Westrom’s father had an FFL and sold at gun shows.

“Then in 1994, Dad bought a small rifle manufacturing company named Eagle Arms,” Westrom said. “In 1995, he bought the Armalite trademark and brought back the AR-10 and the Armalite brand.”

Westrom worked for Armalite for about ten years and then moved to Georgia. In Georgia, she worked in HR in another industry, but continued competing in the shooting sports there. 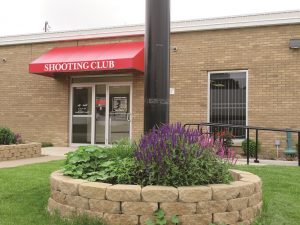 “I shot high power with the Georgia State Shooting Association,” she said. “I’d go up to Camp Perry for the NRA and the CMP Nationals every year.”

Then the company Westrom was working for was bought out by another company and everyone in Human Resources lost their jobs.

“On the second to the last day of my work down there, my dad called said ‘Hey kid, if I buy a gun shop will you become the manager?’” she said. “I had other plans so I told him I would think about it. He said, ‘OK, you’ve got three hours. Call me back.’ He wanted me to make a life-changing decision in the snap of my fingers.”

Westrom thought about it. She was single and had no kids, and wasn’t dating anyone seriously. So she had no reason to stay in Georgia.

“My parents aren’t getting any younger,” she said. “Someone eventually will have to move back to where they are. So I thought, ‘Why not do it while I have a job offer?’”

So she called her father back and told him she’d move.

And that was that. Westrom opened Davenport Guns in January 2015.

“It was really kind of funny,” she said. “I would have these grumpy old men in the store, and they’d say, ‘I ain’t never heard of a female gun store owner; that’s just weird.’ Or they’d see all the girl stuff in here, like the concealed carry purses and say, ‘I ain’t never seen a girl in a gun shop before.’”

Then the media did a great job of explaining that Davenport Guns is a gun shop for women only. Westrom fought to change her image the best way she could. She created a tag line for her advertising that reads: “Davenport Guns, where making everyone feel welcome is what we do.”

Westrom also started doing a lot of TV ads, and looked for other ways to create a positive image. 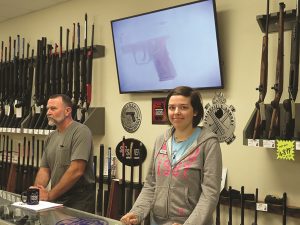 “I never, ever turn down an interview, especially with the local media,” she said. “And I have trained the local media very well. I spend time with them and ask them what they want to know, and I give them history about what they’re doing a story on. I tell them, ‘You know a little bit about a whole lot of things. I know a whole lot about this one thing. Let me give you the backstory so that when you go to editing you don’t cut something out that makes you look bad.’ They appreciate that, and I make every one of them go out and shoot.”

During the most recent election cycle, Westrom did a Trump rally at the back of her building. 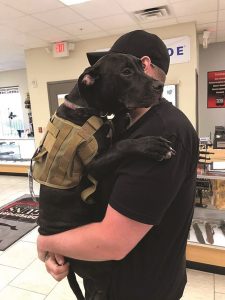 “We had one protester show up—one,” she said. “The media parked their cars and walked up, and I just walked them right past the protester. The guy left after ten minutes.”

Westrom said she’s never rude to people like that protester.

“My answer is that the whole purpose of being able to have a discussion is to form new ideas,” she said. “You might not agree with me, but give me your side of things and maybe we can find something we agree on. As long as people are respectful and courteous, I don’t care. You can argue with me all you want.”

In her time in the industry, Jeanelle said, she has seen a huge difference in the way women are treated.

“Back in 1994 and 1995, when I was a cute little fresh, young-faced girl, I would go to the SHOT Show and I was treated like the booth bimbo,” she said. “I started one show in makeup, curly hair and contacts. By the last day, my hair was up in a bun and I had my glasses on and minimal makeup, just for somebody to try to take me seriously, when the fact of the matter was that I knew more about ARs than most people in the building. People just didn’t want to talk to me because I was female.”

“Now people walk into wherever I am and say, ‘Hey, Jeanelle, you’re just the person I need to see,’” she said. “ ‘Come talk to me about this gun.’ I love it.”

That said, there still are parts of the gun industry that are primarily good ole boys.

“High power is still kind of like that,” Westrom said, “because it’s work. It takes all day to shoot one match. We’re carrying a heavy rifle, and moving big targets up and down. It’s the work of the shooting industry. There aren’t a whole lot of women who do that, and we all know each other. When we go to the CMP there will be 2000 men and 50 women.”

Westrom pointed out that there are a lot of young women coming into the industry who are clueless about the history of women in the shooting industry.

“That’s one of those things that I just let go,” she said. “You have to pick your battles. There was one girl at the Nationals who said, ‘I’m the first one to wear shorts on the range.’ I wanted to say, ‘Honey, I’ve been wearing shorts since I was 3. Trust me, your little 22-year-old tush did not invent shorts.’”

Today, Westrom said, the grumpy old men have become accustomed to the idea of a woman owning a gun shop. 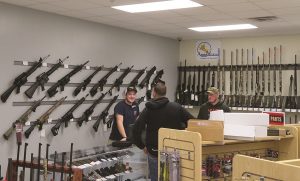 “They come in all the time,” she said. “But feminists hate me. I think it’s sweet when men open doors for women. I think it’s respectful. When the 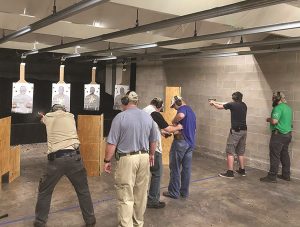 guys come in and call me ‘Sweetie,’ I am not offended. I think it’s a term of endearment; that’s how they mean it. There’s only one of me, so they can remember my name, but I don’t remember all of their names, so I say, ‘Hi Sweetie, how are you?’ and they love it.”

“You have to play to your strengths,” she said. “We have an oven upstairs and I bake them myself.”

Westrom also has given Davenport Guns her own touch.

“You know those big yellow posts people put out to keep things from driving into the building?” she said. “I think they’re ugly. Instead, I made raised garden beds. Now women come in, and then they wander around the front yard looking at the different flowers.”

Westrom said her TV ads have helped her define her public image, and they’ve had the side effect of creating new shooters.

“In every one of my TV ads, I’m shooting,” she said. “Now I can’t go out to dinner without someone coming up to me and saying, ‘I came into your store to learn how to shoot because I saw your commercial. If you can do it, I can do it.’”