Much has been written and many hands have been wrung by Organized Medicine about the perceived “evils” of firearms. The minions of Organized Medicine work furiously and insidiously— both publicly and in the privacy of the exam room—to undermine a private citizen’s right to own and use firearms. They warp statistics and leverage emotions in order to paint the exercise of a Constitutional right as evidence of a flawed morality, or even as a “disease” to be eradicated.

Putting the lie to this skewed perception, my own experience within the firearms community for the past eight years has been neither diseased nor immoral. Thus, I would paint an entirely different picture.

I started my firearms learning curve eight years ago with one handgun, just wanting to understand how it all worked. I did indeed learn—and then kept right on learning. Because of the welcoming, supportive and educational atmosphere I found, not only in my local firearms community but all over the country, I now participate in many different firearms disciplines— from competition to hunting to self-defense. I have friends all over the United States whom I would never have met were it not for the shooting sports and the wider firearms community.

Shooting in local club competitions, whether in IDPA USPSA, 3-Gun, Steel Challenge or Sporting Clays, has become for me a bit like other doctors’ Sunday golf games. These are fun, friendly competitions with established rules to argue over, while socializing with friends and giving each other a good-natured hard time. They often lead into dinner discussions afterward. Like golf, these sports involve significant monetary investment in equipment to participate and  in training to improve. Though instead of a golf bag and clubs, we buy firearms and accessories, followed by regular purchases of ammunition―instead of golf balls.

But unlike golf or tennis or other activities in which physicians who are not me engage while socializing, these activities involve skills which apply to the  real world. Marksmanship is a skill which has been prized since the first human flung a rock or chucked a spear. It is an ancient and well-respected discipline, vital not only to putting food on one’s table but also to personal defense. Marksmanship (or markswomanship, if you are hung up about these things) involves eye-hand coordination, breath control, concentration, planning skills, personal discipline and—especially with firearms— personal responsibility. There is also an intellectual component: understanding a bit about physics, ballistics and engineering teaches how your firearm and ammunition operate individually and perform together.

Then there is the oft-abused word “safety.” Organized Medicine groups fling this word around trying to gain legitimacy for their anti-gun agenda. But they aren’t truly interested in supporting safety in the actual firearm use. Ask physicians what the 4 Rules of Gun Safety are and they are likely to stare at you blankly. This is because in Organized Medicine’s estimation, the only “safety” message should be that the proper place for a firearm is behind lock and key, rendered inoperable. That’s if they believe you should be permitted to own one at all. This isn’t “safety”—this is agenda driven lip service and sleight-of hand.

In my experience, competition shooters, especially in action pistol and 3-gun, are among the safest firearms handlers in the world. Muzzle and trigger discipline are followed religiously in training and competition. Failure to practice them diligently not only endangers fellow competitors, but results in being ejected from the match, and quite possibly from club membership. Repeatedly unsafe shooters are shunned. We police our own ranks very seriously.

Unfortunately, Organized Medicine continues to conflate legal, responsible gunowners with gangbangers and other criminals, mixing statistical apples and oranges in order to confuse the public, and advance their agenda. In reality, the shooting sports in general, and hunting in particular, are safer than almost all other competitive sports.

The shooting sports have widened my social circle, and given me life experiences and emotional support that couldn’t be found elsewhere. Thanks to learning shotgun skills and dipping my toe into the hunting world, I have a new appreciation for game birds, their life cycle, and preservation of their habitat. I have a new interest in learning where my food comes from. 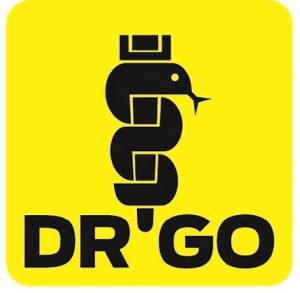 Thanks to shooting events specifically for ladies, I know that I am not at all strange being a woman interested in firearms. I’m not even alone in being a woman physician who enjoys shooting sports—I just may be the most vocal one.

I also have made women friends in shooting who have many other careers, including full-time mothers and homemakers. I have greater appreciation for young mothers who want to defend themselves and their children from intruders.

I have male shooting friends who are like brothers to me. Many of them have military, law enforcement and emergency services backgrounds. They have given me a new appreciation for the challenges and frustrations of their professions. All of these people have mentored and encouraged me at every turn, as I in turn hope to mentor and encourage those coming after me.

Firearms and the shooting sports have brought incredible positives to my life. I have expanded my knowledge, my confidence, and my social supports—all because I joined the ranks of these fine, firearms-owning Americans.

Organized Medicine wants you to believe that firearms are some sort of immoral disease. Does gaining knowledge about safety and conservation, and developing camaraderie, confidence and friendships sound like a disease to you? Nope, me neither.

Dr. LateBloomer is the pen name of a female general pediatrician (MD, MPH, FAAP) who enjoys competitive shooting sports, including IDPA, USPSA and 3-Gun. Evil semi-automatic firearms are her favorites. Doctor for Responsible Gun Ownership (DRGO), is a project of the Second Amendment Foundation. Their website is drgo.us.