The Shooting Sports Have A Lot to Offer Young People

The benefits of athletic scholarships are not limited to contact and ball sport athletes, and young women may have a slight edge in available programs. If you know promising students who have an interest in shooting—rifle, shotgun, airgun or pistol, archery—opportunity may be knocking for them.

There are two major benefits available for those who qualify. First, they can cut their teeth in a sport that they will be able to enjoy through a lifetime. Second, they might be eligible for tuition assistance that will lead to a chosen career or better employment prospects. 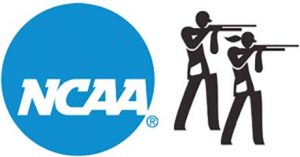 While it is probably too late to look for possible athletic scholarships related to gun sports for the 2016-17 school year, this might be a good time for a parent, relative or friend to help high school students start doing some research—and maybe encouraging younger girls and boys.

Some of the shooting athletes representing the USA Shooting Team at the Olympics in Brazil this summer started their careers in high school, or earlier, and gained more and higher level competition experience through a collegiate scholarship before additional training for world class competition.

Of course, shooting athletes probably won’t be drawing the million-dollar salaries that some high draft choice beginners enjoy in professional football, basketball, soccer, hockey and baseball, but they will have gained valuable experiences for life. The primary lesson to be learned is that a good academic record is as much a requirement as shooting achievement.

There is more tuition assistance available than one might think, but there are requirements to be met. Organizations, schools and coaches usually require applicants to demonstrate scholastic ability, writing or other communications skills as well as documentable past shooting experience.

More than three dozen colleges and universities offer their own scholarships in the shooting sports to both young men and women as part of the National Collegiate Athletic Association (NCAA) program. In addition, there are a number of shooting sports organizations that also offer partial and/or full collegiate scholarships to applicants with the right credentials. Not every school has a team in every sport discipline, so some advance research is needed if a particular school is preferred.

In addition to the NCAA program, however, there is a broad array of national and even state organizations devoted to the shooting sports in general or specific disciplines that have tuition assistance programs. For example, this year alone the Civilian Marksmanship Program (CMP) has awarded $152,000 towards outstanding junior marksmen through its CMP Scholarship Program, grants to be used for the 2016-2017 year. The CMP received a total of 267 applications, and 152 scholarships were awarded—meaning more than half of the applicants were successful.

Student shooting athletes will have to ask around, preferably within the shooting discipline in which they have the most interest or experience. Each organization has its own process and standards. At the NCAA level, prospective candidates will also need to be interviewed by the coaches who guide the institution’s team. If you get started now, you can plan ahead. It’s not easy, but it’s well worth the effort.

And sometimes there is a crossover in the various support programs with partial scholarship grants.

The Amateur Trapshooting Associations (ATA), which has membership in every state and many foreign countries, has a program designed to promote “Academics, Integrity and Marksmanship;” hence the name AIM.

AIM participation allows young shotgunners to enjoy the thrill of shooting registered competition on a level playing field as an individual and/or as a team. The purpose of AIM is to provide a safe and positive experience with firearms and registered trapshooting for youth, elementary school through college age. AIM encourages good sportsmanship and personal responsibility through competition while establishing the foundation to make trapshooting a lifelong avocation.

Another organization you may have heard of but previously thought was only involved in agriculture is the 4-H program. 4-H is a global network of youth organizations whose mission is “engaging youth to reach their fullest potential while advancing the field of youth development.” In the US, the organization is administered by the National Institute of Food and Agriculture of the Department of Agriculture. In Canada, 4-H is an independent non-profit organization. 4-H organizations exist in over 50 countries with each organization operating independently. Not all of them have shooting programs, but in the US, shooting is one of the “Building Life Skills.”

The 4-H shooting disciplines include archery, muzzle loading, pistol, rifle, shotgun and hunting. Each discipline is taught by a national or state certified instructor. 4-H members have opportunities to test their shooting, hunting, and sportsmanship skills in county, regional, state, and national competitions. In fact, they could ultimately set Olympic competition as their goal. There are seventeen Olympic shooting sports events, which continue to draw the third-greatest number of countries.

Each program may be different, and I may not have listed all of the available tuition assistance programs, but each has its own process.

As an example, here’s how the CMP program works. In April this year, CMP board members and staff carefully sorted through piles of applications to determine which young mar

ksmen and women would receive scholarships for the coming academic year. The $1,000 CMP Scholarships are available to graduating high school, Junior Reserve Officers Training Corps (JROTC) enrollees, 4-H and other junior shooting club members. Scholarship applications are only accepted if they are received completed and if the applicant is a US citizen, shows good moral character, is a contributing member to society and is a scholar-marksman.

Of the complete 233 applications reviewed for consideration by CMP, 120 were submitted by female juniors and 113 by male. Every state, except three, submitted at least one application. Students from Pennsylvania submitted the most, with 16, followed by Georgia (15) and Illinois (13). Even Hawaii was represented in the process, recording a total of 11 entries.

In addition to the scholarships awarded to talented marksmen across the country, six local scholarships were awarded to athletes in the Port Clinton, OH, and Talladega, AL, areas where CMP has permanent installations.

Sometimes there are other requirements for eligibility. For example, the National Shooting Sports Foundation issues about 25 scholarships each year worth a total of about $60,000, but in addition to the other requirements, the applicants must be related to someone employed in the firearms industry.

While discussion tuition assistance programs for youth, it would be neglectful not to include the US military services. Each of the services has some continuing competitive shooting program, and, of course, there are interservice competitions. If the cost of practice ammunition is a burden, remember that the services have such a big stake in competitive shooting bragging rights that they supply tons of ammo for practice and training to active duty members and reservists.

It’s not surprising that gun sports organizations and the firearms and ammunition industry seek to assist promising young people. After all, the future leaders in every avenue of life will always come from the ranks of the young.

More information is available on the websites of the respective sponsoring organizations. The CMP is also publishing on line a series of six helpful articles on collegiate shooting scholarship written by Jonathan Hammond, head coach of the Western Virginia University shooting team.